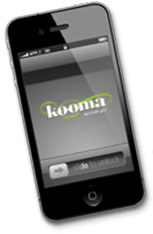 Aries, the ram, is the first astrological sign in the Zodiac. The sun is in Aries is from about March 21 to April 19.

Taurus, the bull, is the second sign of the zodiac; the sun is in Taurus from about April 20 to May 20.

Gemini, often represented by Twins, is the third sign of the zodiac; the sun is in Gemini from about May 21 to June 20.

Cancer the crab, is the fourth sign of the zodiac; the sun is in Cancer from about June 21 to July 22.

Leo, the lion, is the fifth sign of the zodiac; the sun is in Leo from about July 23 to August 22.

Libra the balance, is the seventh sign of the zodiac. The sun is in Libra from September 23 to October 22.

Scorpio, the Scorpion, is the eighth sign of the zodiac. The sun is in Scorpio from October 23 to November 21.

Sagittarius the archer, is the ninth sign of the zodiac. The sun is in Sagittarius from November 22 to December 21.

Capricorn the goat, is the tenth sign of the zodiac. The sun is in Capricorn from December 22 to January 19.

Aquarius the water bearer, is the eleventh sign of the zodiac. The sun is in Aquarius from January 20 to February 18.

Pisces is the twelfth astrological sign in the Zodiac, which originates from the Pisces constellation. In western astrology this sign is no longer aligned with the constellation because of the precession of the equinoxes. Pisces is represented by a pair of fish that are swimming in opposite directions, but remain held together at the tail by a cord. In astrology, Pisces is considered a feminine or negative sign. It is also a water sign, and is one of four mutable signs.[1] Being the twelfth sign, Pisces is associated with the astrological 12th house. The Indian equivalent of Pisces is Meena. The Chinese equivalent is thought to be the gentle, diplomatic Rabbit, whose lunar month is 6 March - 4 April. Pisces is widely thought to be compatible with Cancer and Scorpio.

Pisces has been traditionally ruled by the planet Jupiter, but since its discovery, Neptune has been considered a modern ruler of this sign. Some astrologers mostly use one to the exception of the other, but some consider them to be co-rulers of this sign and essentially use both (see Domicile). Individuals born when the Sun was in this sign are considered Pisces individuals. Under the tropical zodiac, the Sun is in Pisces roughly from February 19 to March 20, and under the sidereal zodiac, it is currently there roughly from March 15 to April 13.

One of the most popular stories regarding the mythological origin of Pisces is the story of Aphrodite and Eros. The story involves Aphrodite and her son Eros escaping from the terrible monster Typhon by turning themselves into fish and hiding underwater until it was safe to come back to the surface. As fish, they tied their tails together with a cord so that they wouldn't lose one another while swimming in the darkness of the deep water. Upon hearing their tale, Zeus rewarded the pair by placing them among the stars as the constellation of Pisces. As a constellation, Pisces has been almost universally associated with female deities.

Dislikes: Feeling vulnerable, having no goals to move towards, feeling invalidated, being criticized, illiteracy, noisy scenes and displays, having no sense of structure.

There are many variables that determine compatibility in astrology, such as birth dates, birth months, birth years, position of a sign within the Sun, the Moon, Stars, etc. The signs listed as compatible with Pisces do not reflect an individual profile or individual reading as interpreted within astrology, but rather reflect a general guideline and reference to compatibility as dictated by variables such as Qualities and Elements within the Zodiac.

The following items are traditionally associated with Pisces: